Today is the last pick up of our Winter CSA that began shortly before Thanksgiving. What a blast it has been! As I discussed in the previous article on How to Choose a CSA, there really are a lot of considerations to make. Our Winter CSA subscription was an experiment and an adventure -- we wanted to see just what you would get across five Winter months. Elain and Everblossom Farm did not disappoint.

In mid-January, with all the cold and snow in Pennsylvania this year, there was a lull in plant growth. Elaine made a command decision to cancel one of the January pick ups and replace it with another at the end of the season. Then, as February opened into March, she had a bloom in growth and added an extra pick up to ensure the produce wasn't wasted. Where the initial pickups were full of Winter squash, this last month has had a lot of greens, both lettuce and cooking greens.

In the post on choosing a CSA, I talked about being exposed to new vegetables and having to learn more about how to cook them. That certainly happened here for me. 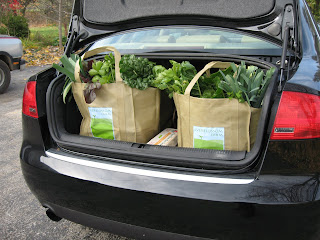 Our final delivery will be greens greens greens. My greenhouse I discussed in this earlier post as a sad affair has exploded. Mostly it is weeds that have exploded, but the few lettuce and spinach plants, along with a handful of onions, have shot up in the weeks I was away as well. Shot up literally, it looks like several of the lettuce are ready to bolt. :(

As we leave the CSA season, I'm looking to my local farm to get asparagus to tide me over in fresh veggies until the farmer's market opens in late May. 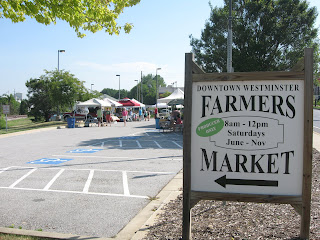