The Dream of the Summer Veggie Garden

So, as I explained in my earlier post about my dream for the winter greenhouse, in which I don't dream of having said greenhouse, but dream of having something happen within it, I live in the woods. In fact, we are pretty darn ensconced in woods. Even with a deciduous forest, my greenhouse simply doesn't receive a ton of light, making growing all things a challenge. Having said that, I picked and ate my first onion from the greenhouse this week. Never mind that it was 2" in diameter and one of probably fifty that I actually planted - success !  It tasted wonderful. You really gotta have optimism to garden, particularly for food, in these circumstances.

Optimism I have. Indeed, maybe a bit too much. But maybe it isn't optimism, just tenacity. Or could be determined stupidity. I recently heard a great talk where the speaker said, "I am a great optimist, even in the face of all facts to the contrary."  So the grammar isn't great in that sentence, but the sentiment  describes me pretty accurately, I think.  I would like to grow summer vegetables (and winter veggies), in spite of all the evidence that it won't be easy. 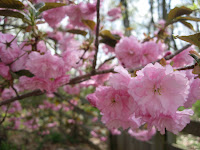 Now, it's not that I'm an inexperienced gardener. I have very large showy flower gardens. Ok, so I insist on pushing the boundaries of "sun" plants on my "part-shade to shade" lot, but I have found that I can get a lot of things to bloom and reproduce in this environment, just not at the rate they would under ideal conditions. Neither my sun exposure or ridiculously heavy clay soil are ideal conditions. Still, the flower gardens do quite well given the circumstances. 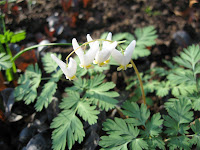 But on-and-off over our fourteen years here, I've tried to plant a range of veggies in the summer. I've carefully studied the sun patterns and then tried different locations around the property. I finally found an area where a few fallen trees gave it some degree of sunlight for at least eight hours a day. Whoo-hoo! So, as I said, we live in the woods. It turns out, other things live in the woods too. Like herds of deer. And deer are particularly fond of many of the same things people are, not only daylilies and irises, but summer squash and other produce plants. So, I had romping squash plants last summer covered by a mesh deer cover, but it was too tempting. They came in, ate a hole through the covering and took at the squash plants overnight. Boom, gone.

I still want a summer veggie garden. During the Winter last year, a friend pointed to the pieces of an unused dog run in our back yard (read: storage area) and asked whether that was my garden. Light bulb!  Wow, what a great idea. I could have a garden in this 10'x10' run that has 6 feet solid steel mesh walls and a door! Talk about deer off! I was set onto a project idea during the winter olympics last year. Now, just where to put it?

The other thing about gardening, gardeners know, is that it is a very strategic activity. Well, unless you only plant annuals. But for the most part, gardeners are planning out 1-3 years in advance, at least. You really have to be okay with delayed satisfaction and having a big picture view that will likely take some time to complete. I began planning this new garden in February 2010. Last Spring, I had a friend come cut some fallen trees into chunks and moved it all out of the way of the chosen area. I studied the light very carefully, and used tires as containers for growing tomatoes and other plants right near the selected area last Summer. This way, I could see how the container plants did in that location. They did ok.

The area I selected for the new veggie bed, besides having the fallen trees, was really an underbrush nightmare. It looks like the photo here of the area currently adjacent to it. Starting last spring, I began piling on plywood sheets and cardboard to kill off the zillions of vines growing there. The ground is an absolute massive tangle of vines and sticks and all kinds of crap. Cleaning that out and getting to dirt, which is undoubtedly clay, would be a nightmare. I decided to just go over it. Layers and layers of cardboard will create a sheet mulch, and I'd build a raised bed over the top of it.


This Spring I had nine yards of compost (manure and leaf) delivered and dumped on the side yard. Nine yards is a ridiculously large amount of compost. I had used a yard calculator to figure out how much I needed for the raised bed, plus adding three inches to the top of all the flower beds, and then rounded up. I think I rounded up at each step. Did I say nine yards is a whole heck of a lot of compost?


I began moving the compost first to the flower beds, since they were going to soon be covered in plants and difficult to spread compost over. This proved to be quite a challenge, particularly one flower garden that has a giant magnolia in the center. The bed is probably 20'x30'. Getting compost around the edges wasn't a problem, but I really wanted to cover the whole bed. My solution? I ended up on the other side of a fence from the bed, my back turned to the tree, and literally aiming and tossing shovels of compost over my back. My son provided feedback about my progress. Crazy, but it worked.


Will anything grow? Who knows. I am definitely taking a risk by using all compost, but this seemed like the easiest route. The plants might burn from nitrogen or the water absorption might not be right. But I got the recommendation from farmers, so I thought it was worth a try. It's possible that eight hours of sun just won't do the trick, or the eight I get there won't. But, one things for sure, the deer aren't getting a single bite.

This post will be part of Real Food Wednesday at Kelly the Kitchen Kop and Simple Lives Thursday at Sustainable Eats this week.  Stop by there are check out other sustainable living related posts.
Posted by Unknown at 3:50 AM